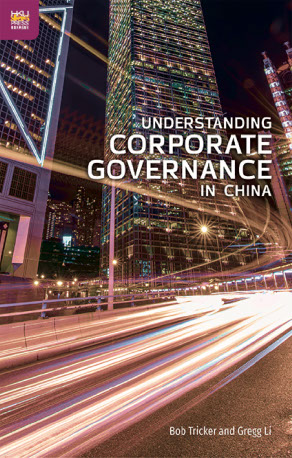 When Gregg Li and I worked together in Hong Kong, around twenty-five  years ago, we did not imagine that within a couple of decades, China would:

●  become the second largest economy in the world

●  create an affluent, car-owning middle class able to travel to Hong Kong, Europe, and North America, with their the children of some of them being educated in English public (i.e. private) schools

●  develop a modern transport network of motorways and railways

●  launch a ‘belt and road’ strategy to link China with Europe by sea an land.

In the 1980’s, the Chinese authorities decided to create a modern enterprise system, leading to a market economy. A new companies’ law was enacted in 1994 permitting the formation of companies.  Many state owned enterprises (SOEs) were corporatized and some floated a minority of their shares on the stock market.  New companies were created; some family firms, others reflecting national, provincial, or local interests.

Experts from Hong Kong and the Organization for Economic Co-operation and Development (OECD) helped to produce corporate governance guidelines.  Inevitably, OECD drew on corporate governance experience in countries in the West. But these countries are democracies with independent judiciaries, and a culture of business integrity.

Individual accountability, transparency, governance regulations or code with regulatory bodies ready to cite non-compliance, which are taken for granted in the West, were not the norm in China.  The Chinese culture is one of collective and shared accountability.   Opaqueness had been the norm for many SOEs.

The Chinese Government is an oligarchy, exercising significant central control with the judiciary serving the state.  Nevertheless, the Peoples’ Republic has developed an innovative corporate governance regime, with supervisory boards reflecting the German two-tier board model, but also boards of directors with independent outside directors, more like the US and UK unitary board model.

For years governance was left to companies, under the overall supervision of the State-Owned Assets Supervision and Administration Commission (SASAC) and the China Securities Regulatory Commission (CSRC).  State involvement at a higher level tended to be distant.  Some felt that the Communist Party’s leadership had been undermined so central authorities have recently sought to reassert party influence over the SOEs.

The roots of corporate governance in Hong Kong, by contrast were different.  Under the British influence, Hong Kong developed its own legislature, an independent judiciary based on UK-style common law, and its own currency linked to the US$.  The Hong Kong Stock Exchange dates from 1891.  Institutions for company registration and regulation were created, and strong professions were formed – legal, audit, accountancy, finance, and company secretarial.  This infrastructure and these institutions remained after 1997, when Hong Kong became a Special Administrative Region of China, after two hundred years as a British Protectorate.