Gretchen Elizabeth Heinrich was born on 9 August 1945 in Pittsburgh, Pennsylvania. She lived with father Dr. Ward Heinrich and Norwegian born mother Mosse and two brothers on a country estate near Willoughby, Ohio and then in an 18th century farm house in Litchfield Connecticut. She graduated at Wells College, Aurora, New York State, and also acquired a degree from the New York School of Design, and an MBA from Boston University, Massachusetts. 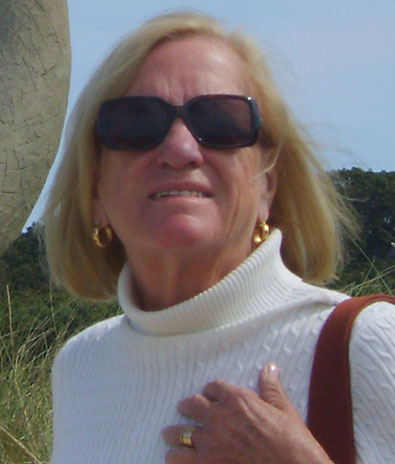 At 22, she married and subsequently divorced Glen Bigelow, a graduate of the Harvard Business School.  Their son, Glen, is an airline captain, with Netjets. In 1979 she met Bob Tricker in New York, another HBS graduate and at the time a Fellow of Nuffield College Oxford. She moved to Oxford with son Glen, where she married Bob and made many friends. She also had a taste of college life, which was not always to her liking. In Oxford she created a publishing company: the Beaumont Executive Press Ltd.

In 1984, Gretchen and Bob moved to Hong Kong where they spent the next 14 years. She was the Managing Editor of two glossy life style magazines, writing about people’s lives and their homes, doing restaurant reviews, reflecting her own cooking talents, and making many friends.  She was an enthusiastic member of the Foreign Correspondents Club. She wrote the centennial history of the Hong Kong Stock Exchange. Then, having joined Hong Kong University as a Senior Research Officer, she edited Corporate Governance – an international review.

As Johnny Ng (Chairman, Tricor, Hong Kong) wrote “Gretchen was a great writer and wonderful person – she was always witty, frank and kind.”

When she came back to live in Brixham, she improved her home, a Grade 2 listed house, built in 1860, overlooking the harbour and sea beyond. She also created a charming Victorian-style cottage garden. She was involved in the life of two Brixham heritage trawlers Pilgrim and Vigilance, and made many good friends.

She continued her writing and editing, writing with Bob Business Ethics, and most recently editing Understanding Corporate Governance in China and was working on the next edition of Bob’s Corporate Governance text book, when she died. Both books have been dedicated to her memory.

Gretchen loved her family – Glen with his two children Clair and Carter, and the two daughters she added by marrying Bob – Carolyn and Nicola with their five children. She also loved her dogs – Major Whitehead, an English sheepdog in New York, Napoleon a huge Belgian Sheepdog in Oxford, Chloe in Hong Kong an up-market Sha Pei and Cindy a down market village dog found in a ditch. Back in Brixham, she chose black labs Ben and Ollie, then Labradoodles Savannah and Charleston, and then Raffles and Stanley.

Gretchen was a citizen of both Britain and America, although she spent more than half her life living with Bob outside the USA. She travelled wisely – in China in the days before it modernised and after, Australia (she lived in Sydney for four months), New Zealand, Vietnam (before American citizens were supposed to go there), Fiji, Hawaii, Sarawak, Singapore (she drove the length of Malaysia and back) and Thailand.

Of course she returned frequently to the United States, visiting Glen and her grandchildren in Columbus Ohio and her parents in Litchfield Connecticut as well as friends on the East and West coasts and in Key West Florida. She enjoyed cruising, visiting the Med, the Caribbean and sailing through the Panama Canal.

Gretchen was a remarkable woman, a free spirit who lived a full and fascinating life. Her nephew Gunnar Heinrich captured it well when he wrote: “Gretchen was an amazing, dynamic, special woman with great wit – her laugh!  She lived an extraordinary life.”

As Bob wrote for her farewell: “As we move along life’s pathway, occasionally, quite occasionally, someone crosses our path and changes us. They add a new dimension to our lives. Their influence then spreads through us to change the world for the better. Such people are rare and add to human happiness.“